Tag Archives: Japan Does It Better

Japan Does It Better 26

Japan really knows how to bathe. Their bathtubs are so dreamy, deep enough to sit in and have the water come above your shoulders for a nice, hot soak. And they have tons of bathing accessories from little stools to sit on in the shower (hello, shaving!) to buckets for rinsing off specific places.

This body towel is one of my favorite shower accessories. It’s like one 3-foot long scrubbie. The body towels are made of nylon and unlike the “American” poufs, they can be hung to dry between showers without getting gross. They can also be washed and disinfected with your regular towels. There are different versions–this one produces extra lather without using a lot of soap, hence the name “bubble rich.”

The body towel is long–about three feet–so you can scrub all of those impossible-to-reach parts of your back. And they are so good for exfoliating. The Bubbrich is a gentle scrub, but Naoto uses a rugged body towel that is extra exfoliating. (I like this kind in the winter when I’m battling dry, itchy skin.)

Delightfully exfoliating body towels…just another example of how Japan Does It Better! (For the rest of them, go here!)

If you go to Japan, you can find all kinds of these towels in touristy areas, but I’d recommend shopping in regular drugstores for one. There is more variety and much cheaper prices.

Japan Does It Better 1: Narita Express

Japan Month is rolling to the end of the tracks. I’ve been home for a month…you’d never be able to tell based on the fact that my stationery purchases are still lingering in the dining room and my sleep schedule is as dreadful as ever and my cravings for Misdo are coming back with a strong, sad vengeance…but it’s been a month of Japan posts and it’s time to talk about other things (like October and fall and Honor Flight and cocktails). I still have many things that I would love to share about Japan–both observations and products that are unique to the country. So, I’ve decided to introduce another occasional series: Japan Does It Better. JDIB (I’m not completely sold on the acronym) will highlight the products, conveniences and quirky cultural details that I love about Japan. This way, I can sprinkle some Japan love throughout my back-to-normal posts. 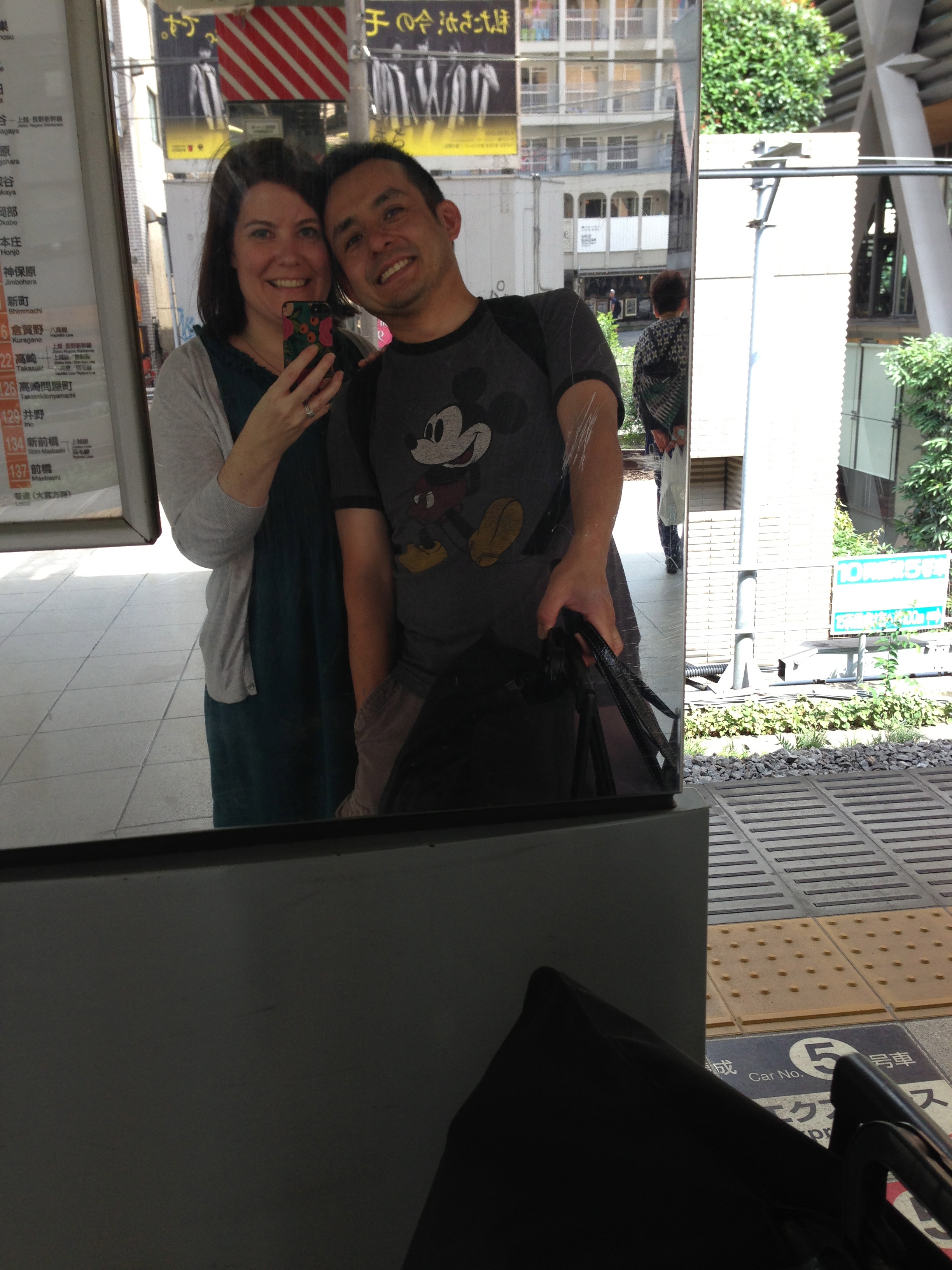 So, let’s get started with the Narita Express!

The Narita Express (NEX) is the train that takes you from the Narita Airport (the airport that you fly into when you say you’re flying into Tokyo) into urban area of Tokyo. It takes about ninety minutes and the train makes very few stops along the way. We took it from Narita Airport to Shibuya and then transferred to a local train (similar to the L in Chicago) to get to our hotel. NEX is a lovely little commute. The seats are assigned and there is plenty of space up above and at the end of the car for an international traveler’s luggage. There is a (clean) bathroom on board and the ride is smooth and quiet. In Japan, people do not talk on their cell phones on the trains. If they do, it’s always a quick call and even the sharpest of ears couldn’t hear the conversation because everything is courteously quiet. (When I come home and hop on the L, I am reminded how much I miss Japan and how Japan totally does commuting better!)

To me, the peace and quiet of the train is enough for the Narita Express to qualify for JDIB, but, there’s more…

Once the train gets moving, a kind NEX worker comes around pushing a cart of sandwiches, sweets, chips, coffee, teas, cocktails, beer…tiny treats to make your commute to the airport a pleasant one. And the prices? Not bad at all! Under $3 for a beer or some chocolate covered almonds.

You can even purchase some dried scallops or a NEX-branded notebook or pen.

We chose potato sticks, a waffle and an autumn-themed beer. Naoto drank the beer. I ate most of the potato sticks and the tiny waffle. (Surprise, surprise.) The potato sticks are similar to American “shoe-string” potato snacks, but crunchier and the waffle is…a waffle with a little bit of sweetness baked into it (because you don’t have syrup to pour over it). Waffles seem very popular in Japan. We saw several little bakeries serving them in food courts and in shops around Tokyo. The snacks were just enough to tide us over before our pre-flight lunch at the airport.

So, snacks on a train…reason number one that Japan Does It Better.

Lo Pan and I aren’t BFFs yet, but he did let me pet him so that’s a win in my book.
You know it’s a good party when @instanaoto falls asleep in the hammock. #sangriashowdown
Always fun to see @scottligon & friends, especially SHARON!! #OAKtoberfest #fridayiminlove
Friday hugs before my OAktoberfest outing with @instanaoto. #pahifc #preselyhugs #fridayiminlove
Determined. #pahifc
I went upstairs for 5 minutes to change clothes. Presley was napping up there but she got up, went downstairs, and found my (mostly empty) yogurt container on the side table and proceeded to make it her own. #pahifc
Loading Comments...